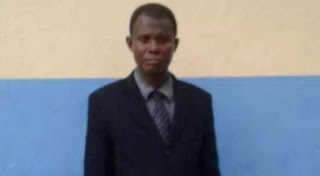 An alleged fake lawyer has found himself in trouble after he was arrested by the police in court while he was defending a client.The Weija Police last Friday arrested one Timothy Yawson, 42 for posing as a lawyer, according to AtinkaOnline in Ghana. The fake lawyer was defending his client in a civil case at the Weija Circuit Court when he was arrested.
According to the police, the suspect, who has been practicing the learned profession since 2016, will be put before court on Tuesday.
Yawson, who is alleged to have worked for a couple of law firms in the capital, is currently languishing in the Weija police cell pending prosecution.

The suspect failed to produce his law certificate and could not also recall the year he was called to the Bar during interrogation.

WG Question of the Day, Crime