Posted by wunderkind 2 years ago 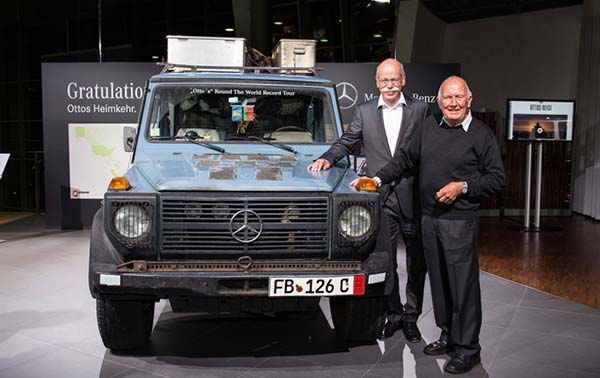 The Story of the G-class Named “Otto”

One man, one G, one life’s work. That sums up the essence of an unprecedented global adventure. In 1988, when Gunther Holtorf and his wife Christine set out in their Mercedes-Benz 300 GD to visit as many of the countries around the world as possible, the G-Class was just ten years old. 26 years after, just under 900,000 kilometres, and 215 visited countries later; Gunther Holtorf drove his cherished G – christened ‘Otto’ – back home to Swabia. The marathon vehicle took pride of place in the Mercedes-Benz Museum in Stuttgart-Untertürkheim, where it goes on show to visitors in the Classic Cars section. As a world-record holder, ‘Otto’ will also be immortalized in the Guinness World Records. When the vehicle was officially handed over to the Mercedes-Benz Museum, the driver and the vehicle equally impressed Dr Dieter Zetsche, Chairman of the Board of Management of Daimler AG and Head of Mercedes-Benz Cars and he stated, “I promise that there will still be a G-Class in the future. Will there be more characters of Mr Holtorf’s ilk in the future? I hope so,”

For 79-year-old Gunther Holtorf, he believed his Mercedes-Benz 300 GD, affectionately christened as ‘Otto’ by his wife Christene, is quite simply the expedition vehicle par excellence for this kind of (torturous) tour. He stated, “In 1988, when I bought the car I was a bit more sceptical about the promise made by Mercedes-Benz, namely “Where there’s a G, there’s a way”. After all, I’d already seen something of the world beforehand and had a rough idea of what the vehicle would have to endure on this kind of world tour!” This initial scepticism gave way though to an unreserved trust in Otto’s capabilities as the years went by. Even in the most precarious situations, the symbiosis between the Holtorfs and the G-Class grew.

The 300 GD covered over 250,000km of the just under 900,000 kilometres off-road, which is perfectly in tune with its innate characteristics. On gravel or washboard roads, in mud, on pot-holed roads or rocky uphill stretches in the mountains – for the suspension and chassis this punishing workout is equivalent to around 2.5 million kilometers under normal central European conditions. In addition to the challenging terrain, there were also the disparate meteorological conditions to contend with, which ‘Otto’ took in its stride throughout all the world’s climate zones – from the unforgiving searing heat of the desert, through steaming jungle regions to the freezing cold of the Arctic climes.

As if the demands on the 300 GD were not already high enough, ‘Otto’ often had to contend with overweight which resulted from expedition gear and food, jerry cans, operating supplies, tools, recovery gear, spare parts and spare wheels. This fully tipped the scales at 3.3 tonnes which is around 500 kilograms in excess of the permissible gross vehicle weight. The roof alone of the cross-country vehicle had to take 400 kilograms. Still, this did not faze the world record vehicle. Gunther stated that the G-wagon was always overladen, which is why it was fitted with reinforced springs and bad-road shock absorbers. Otherwise, ‘Otto’ remains like any series-production vehicle. The entire drivetrain with the engine, transmission and axles is still original. Neither the frame nor the body have shown any signs of fatigue.”

By the time, the vehicle crossed the finish line, Gunther and his now deceased wife Christine Holtorf had travelled around 215 countries with Otto. “Travelled around – mind you!” emphasized the former pilot and aerospace manager. “A quick stop, with a stamp in your passport to prove it and a symbolic photo with the vehicle at the border crossing – that was never enough for us! In our eyes, you can only travel through a country once you’ve delved into the particular hemisphere, come into close contact with the locals and got to know their very many facets.” Once a country had been ticked off according to these criteria, another red line was added to the personal world map “ROUND-THE-WORLD RECORD TOUR 1990 – 2014.”

This now definitive world map is crisscrossed by red lines and, in the course of his tour planning, had opened a few doors for Gunther Holtorf, letting him undertake journeys, which hitherto had been deemed impossible. Such as through entirely inaccessible countries like North Korea and Myanmar or the grand tour through China across 25,000 kilometres with only him at the wheel. Gunther Holtorf calls these journeys “pioneer tours” – the first time a foreign vehicle with a foreign driver was allowed to drive through the particular country.

Before ‘Otto’ gets his definitive space in the Mercedes-Benz Museum, Gunther was sent out on the road again for two years from the end of February 2015 – travelling around the Mercedes-Benz Centres and company-owned sales and service outlets in Germany and Europe. ‘Otto’ accompanied a touring exhibition developed specially for the vehicle, recounting his interesting stopovers and most impressive experiences. More detailed about the „ ROUND-THE-WORLD-RECORD-TOUR 1989 – 2014“is available online 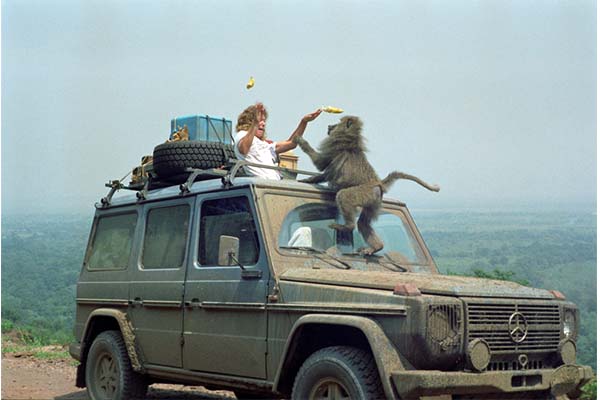 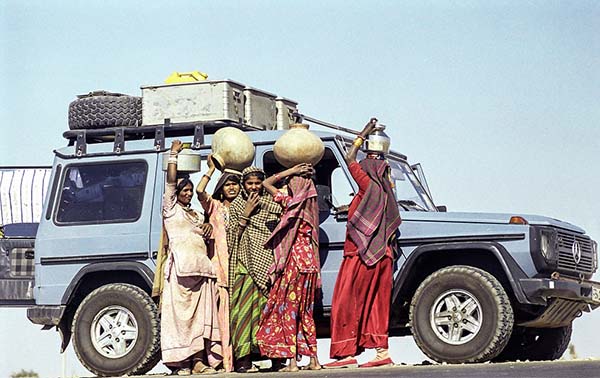 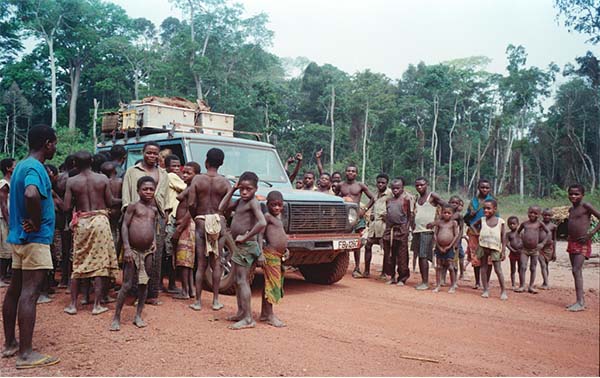