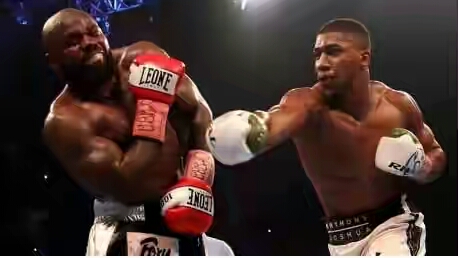 Anthony Joshua stopped a resilient Carlos Takam in the 10th round to successfully defend his IBF and WBA heavyweight world titles in Cardiff.

The Briton made it 20 victories from as many bouts in front of an estimated 78,000 at the Principality Stadium.

Joshua’s nose was cut in the second by the head of Takam, 36, who replaced Kubrat Pulev 12 days before the bout.

Joshua, 28, then cut Takam’s eye in the fourth, but it took until round 10 for the Cameroon-born boxer to be stopped.

The referee’s decision was booed by the crowd in Wales, who clearly felt it was premature, but Joshua said he has “no interest” in what the officials do. 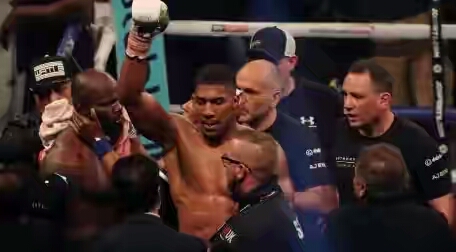 “I come to fight, I don’t sit on the edge and make decisions,” he said. “It was a good fight until the ref stopped it, so I have the utmost respect for Takam.

“I have no interest in what is going on with the officials, that’s not my job. I think people want to see Takam unconscious on the floor, and that’s what I was trying to get to.” 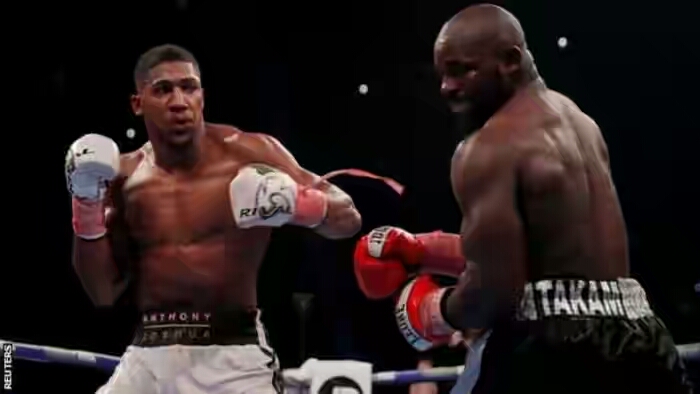 Watford fighter Joshua confirmed his nose had been broken by Takam when the pair clashed heads in the second round.

“I had to keep my cool,” added Joshua. “I’ve got a few months to heal it up. I’ll go and see some good doctors to crack it back in place.

“If I showed any signs of weakness, the ref could have jumped in. That’s what he (Takam) tried to do, but the ref stopped it.”

“I want a rematch, I made my preparations with 12 days to fight Anthony. I want to box him again. I want him, he is a great champion.”